The collection continues to grow. 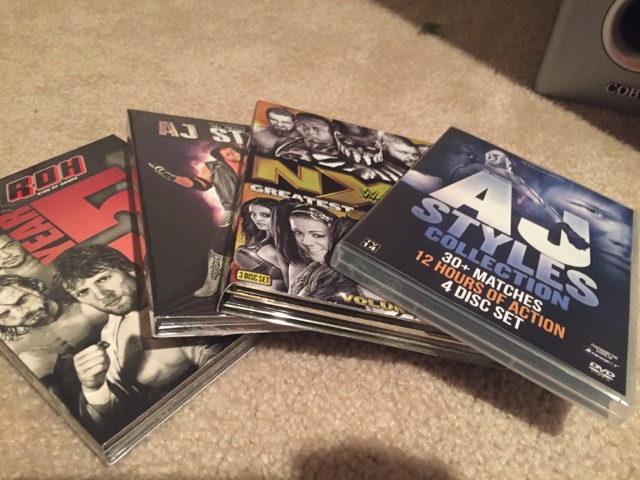 I was shocked that Corbin did the clean job, but after WrestleMania it all fit together nicely. I’ve always been an Aries fan. His work in TNA/Impact Wrestling is amazing. The match itself was not great though as the pair didn’t have great in-ring chemistry.

This was a great match and perfectly booked. Bayley doesn’t tap, allowing her to look strong while Asuka looks like a destroyer in making Bayley pass out. When you can make both people look strong in a match, you’ve done your job as a booker.

This was a five star instant classic. I watched it a couple of times since it’s happened already. I’ve seen Nakamora a bunch of times with New Japan Pro Wrestling and it looks like the WWE is going to allow him to be himself, which is great. It was a great send off for Zayn from NXT. I wonder if El Generico was able to watch the match while helping out the orphans in Mexico.

I was shocked that Joe didn’t win. I thought this would be Finn’s final match in NXT. The flow of the match was messed up because of Joe’s bleeding from the eye. It was a good match, but not one of either’s best.

We will never see it again

After Daniel Bryan announced his retirement last week, I went looking around for some old Bryan matches both on the WWE Network and the Highspots Network. As I was searching I came across Bryan vs. CM Punk from Over the Limit in 2012. 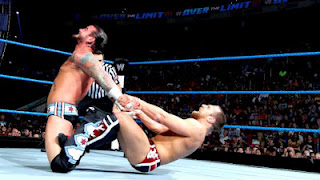 Anyone looking for a masterful piece of technical wrestling will appreciate what Bryan and Punk were able to do here. The straight-edge champion, in particular, proved to the world he could not only have outstanding professional wrestling matches with John Cena, Jeff Hardy, Alberto Del Rio and Triple H—he was also able to get on the mat and trade submissions with someone as adept at ground work as Bryan.
This match was all that is good about pro wrestling, two great athletes going toe-to-toe seeing who is the best. The exchanges are classic. The best thing about the match is that you could see the two of them having this match on some indy show.
After watching the match only one thing kept running through my mind. We will never see these two again in the ring. It's the end of an era in a way. These two paved the way for other indy stars like Owens and Finn to become WWE stars.
Sure some people love great entertainment but for me nothing beats a great match in the ring and with both of these guys gone I'm afraid we might not many more classics like this.
Posted by Joe Wolf's Vertical Jump at 9:32 AM No comments: 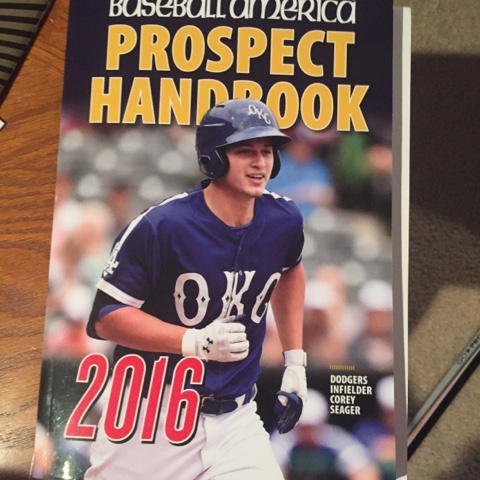 The Baseball America Prospect book has arrived and that means that baseball season will soon be here. 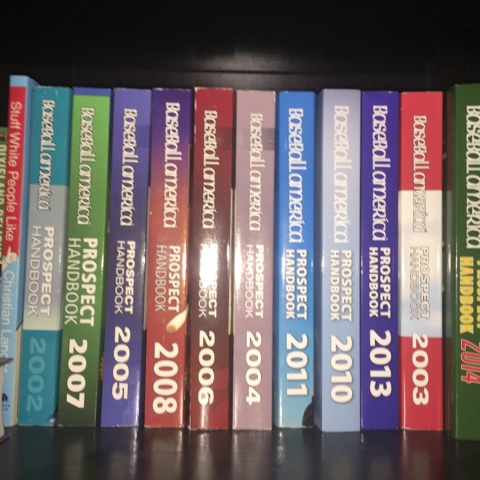 What if Chris Partridge ended up at Rutgers 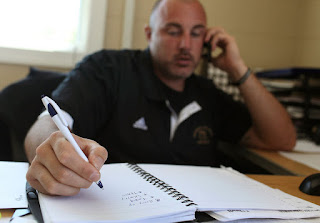 Asking the question "what if" is always a dangerous?

What if the Colts took Ryan Leaf over Peyton Manning?

What if the Blazers took Jordan over Bowie?

Over the last 18 months or so the one question that has been bothering me is: What if Rutgers had hired Paramus Catholic head coach Chris Partridge?

In January 2015, Kyle Flood had talked about offering Partridge a job on the Banks. As time went by something happen, we might never know, but the offer was withdrawn. Was it a troubled past or some type of ethics issues. The decision helped set off a chain of events that will forever changed the future of the program.

Flood lost his job and one of the best classes in the history of the state headed to different locations. Partridge ended up taking a position at Michigan and bringing most of the state's top players including Rashan Gary with him.

Would the likes of Jordan Fuller, Gary, and Ron Johnson spur offers from Ohio State and Michigan to stay in state and play for Flood and Partridge on the Banks. If that happened would Flood still be here roaming the sidelines with Partridge as his DC.

If this happened then Schiano would not be at Ohio State and we would never know what the Ash Era is. I'm not saying I'm against the Ash Era but sometimes its good to look at what might have happened.
Posted by Joe Wolf's Vertical Jump at 8:24 PM 1 comment:

Who knew this signing would change the BPL

Who knew when Leicester City signed this guy it would change the balance of power in the Premier League. 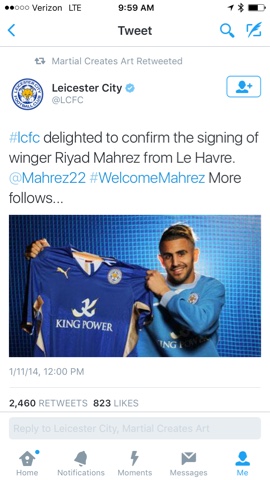 Posted by Joe Wolf's Vertical Jump at 10:02 AM No comments:

Email ThisBlogThis!Share to TwitterShare to FacebookShare to Pinterest
Labels: Soccer

How about some love for IWA Midsouth 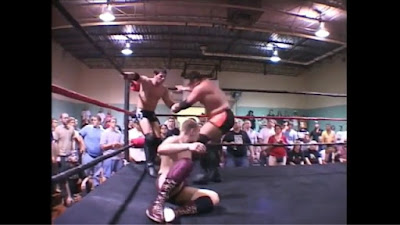 A couple of nights ago I took about an hour of my time to watch some old Indy shows on the Highspots network. 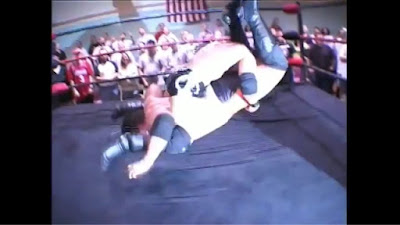 I came across IWA Midsouth's 2004 Ted Petty Invitational and started watching the final between Samoa Joe, Daniel Bryan and AJ Styles. The more than 20 minute match wrapped up more than a five hour show. The match was as good as I expected all three, a lot younger, showed why they would go on to be world stars.  The highlight of the match was Styles hitting the Styles Clash on Samoa Joe to end the match.

The 2004 Ted Petty is highly regarded as one of the best independent wrestling events ever. It featured a mix of every type of wrestling: mat work, strong style, aerial abilities, Lucha libre, women's, and a little hardcore. It also was more than ten hours in length when both nights are combined.

Take one look at that list and you will see why people hold this version of the TPI in such high regards. People talk about the impact that Ring of Honor has had on the  modern pro wrestling and I love ROH but people should start showing some respect for IWA Midsouth and what they have contributed to business. I know IWA Midsouth is known for its hardcore style and blood lust but the pure wrestlers that have come through the promotion is very impressive.
Posted by Joe Wolf's Vertical Jump at 8:21 AM No comments: 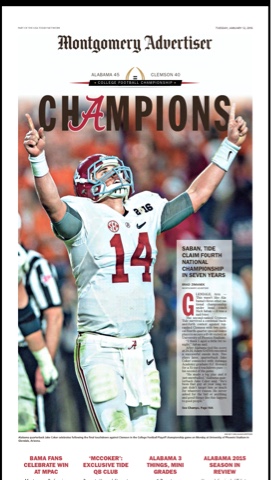 Email ThisBlogThis!Share to TwitterShare to FacebookShare to Pinterest
Labels: newspaper

I've been to a bunch of hockey games over the years but on Saturday Gregory and I went to the Flyers vs. Islanders game and sat three rows from the ice. Here are so sites and sounds from it. 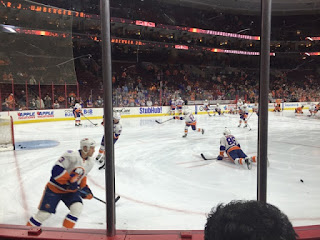 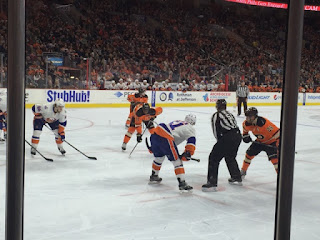 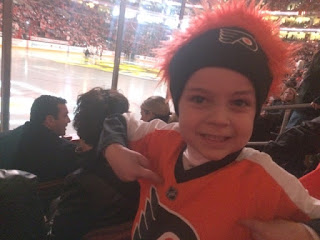 Posted by Joe Wolf's Vertical Jump at 12:09 PM No comments:

Jimmy Buffett said Only Time Will Tell and in sports that is always true.

Joe Wolf's Vertical Jump
Little in the way of talent but always get the job done, just like the former Tar Heel.

On Going Only Time Will Tell Series

The U Football Blogs